June’s Stars of the Month include prison healthcare staff who came to the aid of a man having a cardiac arrest, a domestic who always goes above and beyond, a Community Nursery Nurse who has built excellent relationships with a local nursery and a Nurse Consultant who has helped facilitate the launch of a new service. 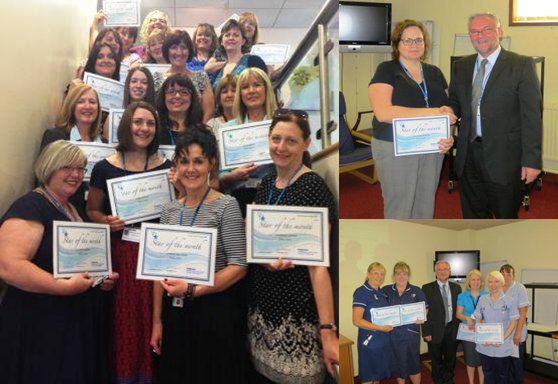 Stars of the Month is an internal scheme within Bridgewater which recognises Trust staff nominated by their colleagues for going above and beyond in their roles.