Quick-thinking medical staff at a local NHS Trust have saved a man’s life, after he presented with what he thought was a chest infection. 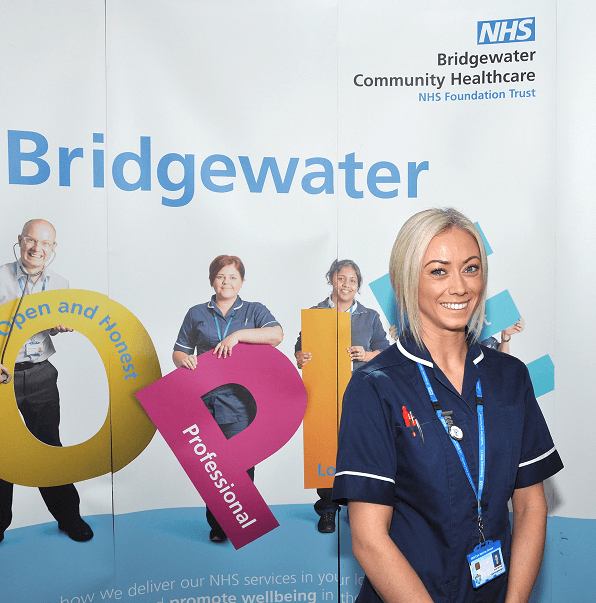 Fifty six-year old Clive Simm, had gone to Widnes Urgent Care Centre having felt unwell for almost a week, after tripping and being winded.

However, thirty year-old Carla had previously worked in A&E and her experience proved invaluable as she spotted tell-tale signs that Clive’s condition was more serious than he realised.

“Clive was clearly in some difficulty when he was breathing and he had a lot of pain on his right side.

He couldn’t cough because he was in so much pain, so it was clear that this wasn’t just an ordinary chest infection,” said Carla.

Carla’s observations of Clive found that his blood oxygen levels were low and he was sweaty with a grey pallor. She also found that his breathing was uneven and that he clearly wasn’t taking in as much air – especially on his right side.

“I wasn’t happy with what I found – despite the fact the Clive remained pretty cheerful throughout, so I immediately sent him for a chest X-ray,” said Carla.

It was there that Clive was found to have a punctured and collapsed lung, caused by one of four broken ribs – and had it not been treated quickly, it could have escalated and even been life threatening.

Clive was subsequently transferred to A&E, then to Whiston Hospital where he was treated and recuperated for a week, before being discharged. Thankfully, he’s now made a full recovery.

Lynne Carter, Chief Nurse and Chief Operating Officer of Bridgewater Community Healthcare NHS Foundation Trust, said: “This is a brilliant example of what goes on every day in the NHS. The professionalism of people like Carla – who make that extra effort to investigate symptoms that they find troubling – explains how NHS professionals routinely save lives.

“I’m also really pleased for Clive – it’s great that he came forward when he did. Men are often more reluctant to seek our help and they could be putting themselves at risk. Men are brought up to be tough, brave, strong and self-reliant. We use phrases like “be a man” and “man up”, but we need to challenge this, so men get the treatment they need at the earliest opportunity.”