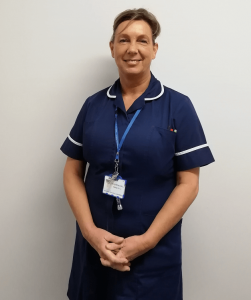 Kerry has received the Patient Centred Star of the Month.

Kerry was commended with how she communicated with patients and GPs.

A GP within Kerry’s workplace described Kerry as being “excellent at her job, very professional”.

Kerry is also hard working and goes above and beyond in her daily duties, she is an excellent role model for the team. 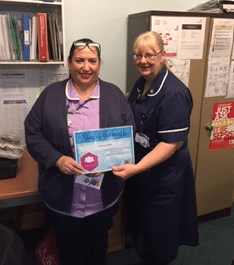 Michaela has supported the district nursing service transfer over to EPR.

She has worked closely with the EMIS team ensuring the smooth transfer of data. S

he has undertaken additional training in order to become super user and lend further technical support to the team.

On the Go Live day she had produced a pocket guide for the tasks staff would be using the most frequently and included trouble shooting tips.

This help was invaluable and the calming influence she had on the team was incredible.

Michaela’s commitment to this project has laid the foundations for its implementation and her constant support and reassurance has gratefully received by all staff.

Andrea recently took charge and was brilliant in fixing an IT problem to allow the continued care of our patients.

As a result of Andrea’s swift actions, she has created a positive outcome for the whole Trust, its partner agencies and service users. 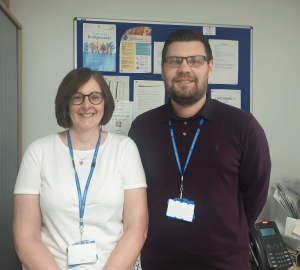 A patient ambulance had not returned to take the patient back home, Dan and Juliet rang the Ambulance crew to see where the ambulance was there had been a mix up and it has not been dispatched.

The patient and their career offered to wait outside so the staff could lock the premises.

They both volunteered to stay as they did not want the elderly patient and carer to be outside.

Well done to both!